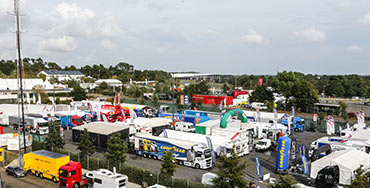 10. October 2014Le Mans - An eerie calm reigns before what’s very likely going to be the most thrilling finale in the history of the FIA European Truck Racing Championship. Never once have three pilots come into the final round so close on points. The tension is palpable, and all you’ll hear discussed is what the weather will be like at this, the 9th round of the FIA ETRC in Le Mans. The forecast for Saturday is clear, although the teams have been alerted to the eventuality of rain on Sunday.
There was hardly any activity on the track. The stock cars from the supporting programme did their first practice laps and the truckshow crew strutted their stuff on the pit straight. Yesterday, though, the Circuit Bugatti had a bunch of prominent visitors.
French movie actor Omar Sy, star of the comedy drama The Intouchables, Izïa Higelin, and Tahar Ramin stopped by Le Mans on a promotional tour for their newest film Samba and took the opportunity to ride the Schwabentruck Iveco in a jump seat with TRO president Fabien Calvet, and get acquainted with this historic racetrack from, well, on the track. 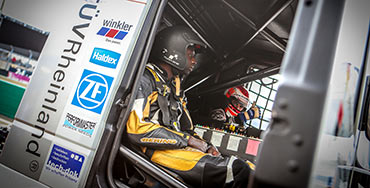 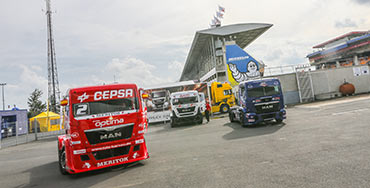