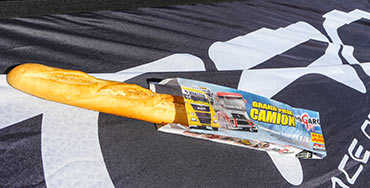 19. June 2014Nogaro - If the weathermen are correct, the truck racers are in for another hot weekend in Nogaro at the third round of the FIA European Truck Racing Championship. But it’s not just the temperatures that continue to run high this rather extraordinary season — the present championship standings will guarantee some heated action on the track as well. Jochen Hahn and his MAN are only third overall, a wholly unfamiliar situation for the thrice-ETRC champion who has dominated the scene for the past few years. The hunted has now turned hunter, so to speak. His Spanish MAN colleague Antonio Albacete, a former champion, has time and again demonstrated his own immunity to pressure. And hungry Hungarian Norbert Kiss, who (also in an MAN) tops the standings a point ahead of Albacete having – till now – always been in the role of challenger, is showing tremendous nerve in every qualifying session and SuperPole. All three are at par and any one can beat any of the other two at any time, so the minutiae are going to play a decisive role — as also external factors like the generator that gave up the ghost on Hahn at Navarra.
The Czechs David Vršecký and Adam Lacko in their Buggyra Freightliners haven’t attained to the pace of the three MANs in the SuperPole, and won’t likely start from the first row of the grid anytime this season. And the second race of the day, which the first eight drivers from the earlier race start in reverse order, is only good for half the number of points — obviously not enough to make one a frontrunner in the championship.
The Circuit Paul Armagnac offers experienced truck racers good opportunities to avoid being overtaken. But clever rookies equally have excellent chances to stay out ahead in the days’ second races, again because of the reversed starting order on the first four rows of the grid. Here we need only hark back to Hungarian teenager Benedek Major’s victory in only his third truckrace weekend last season, when he was only 16!
A total of 20 trucks have registered for this round, all of them full-season entrants. In other seasons, races of the French championship run here concurrently have usually provided race-by-race candidates.
Over the race weekend in Nogaro, an idyllic town in the Gascony area of southwest France, usually receives 10 times as many fans as it has inhabitants. Last year there were 35,000 of them, this year the townsfolk expect the number to exceed that. The bakeries in the area have been provided specially printed paper bags advertising the FIA European Truck Racing Championship for customers to take the baguettes they buy home in. 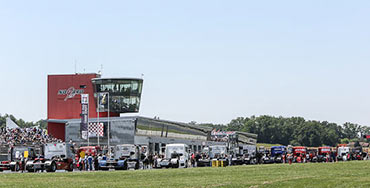 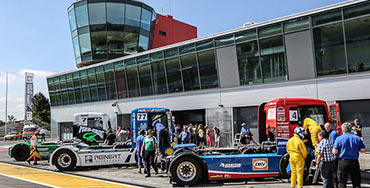 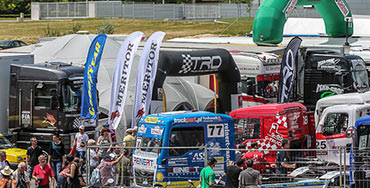