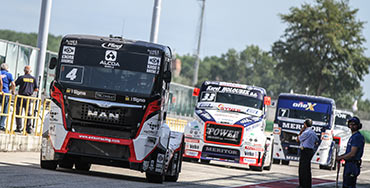 25. May 2014Misano - Another glorious summer day on Italy’s Adriatic coast. The centre of attraction, though, wasn’t the beach but the Misano World Circuit on this, the second day of the opening round of the FIA European Truck Racing Championship. Shortly after 9 am the siren went off to announce the warm-up. And like he did yesterday, the Hungarian Norbert Kiss once again set a lap time that nobody else could match. In the second qualifying session Kiss was once again ahead by a nose. Again, the drivers did one flying lap they were sure would catapult them into the top 10, and then ducked back into the pits. Kiss was joined in the shootout by Jochen Hahn (GER) in an MAN, Czech Buggyra pilot David Vršecký, René Reinert (GER) and Antonio Albacete (ESP), both MAN, the Czech Adam Lacko (Buggyra Freightliner), MAN driver Markus Bösiger (SUI), German Gerd Körber (Iveco), and Steffi Halm (GER) and Benedek Major (HUN), both MAN.
Time for the SuperPole, and if you thought Kiss had exhausted his bag of tricks you were going to have to think again, because the Hungarian went even faster to secure pole, and then exceeded even that to close out the session with a blistering 2:03.090s — more than half a second quicker than Hahn in second. Albacete, Lacko, Vršecký, Bösiger, Reinert, Halm, Körber, and Major in that order made up the rest of the grid. 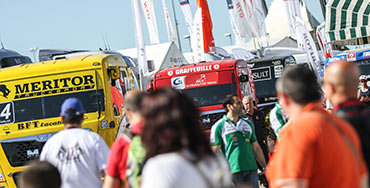 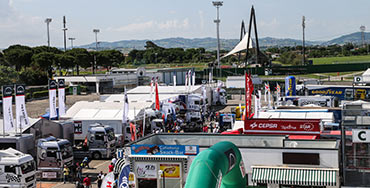