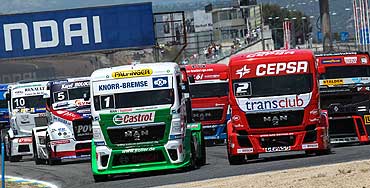 09. June 2012Jarama - When the first race was about to start the temperatures were almost 30 C°, but the truck racers stayed cool. In the grid the 4th place remained empty, because Lacko was not able to make it on time due to reparation on the power steering of his truck. The Czech was not the only one, because Kiss had to join the end of the line due to his failure during the time practice. In the whole group of 24, Kiss managed to place 12th until he had to quit due to a broken clutch. Lacko made it to place number 8, but then his power steering broke again. Other than that the race went relatively quiet. Hahn drove toward an unchallenged start-finish victory and Albacete was the only one who could keep up with the pace of Hahn. Oestreich and Bösiger were behind quite a bit. The remaining points went to Lacheze, Mäkinen, Mariezcurrena, René Reinert (GER), Jose Mermejo (ESP) and Jose Rodrigues (POR). The pole for the second race would have actually gone to Rodrigues who was on 8th place, but the Portuguese race-by-race driver didn’t make it on time to the grid and had to start off from the pitlane. Mariezcurrena, Mäkinen and Lacheze were leading. There was a lot of smoke on the starting straight, perhaps because of cement. Some drivers were not even able to get away and some bumped into each other. After that Janiec immediately dropped out, Vojtisek’s inner twin wheel on the right side dissolved and Bösiger fell behind several places. The top three drivers (Hahn, Albacete, Reinert and most of all Vrsecky) were still racing in the front. Due to the failure in the first race, the Czech had to start off from the end of the line, but had already passed 16 to 17 rivals during the first lap and was now on 7th place. The chase group then started to race to the front with Hahn leading them. Lacheze was the first one to be passed and had a collision with Hahn. That caused him to loose around 10 places. Together with Albacete, the guy from the south of Germany managed to circumvent Mäkinen and together they drove to attack Mariezcurrena. Albacete was the luckier one in this case based on where he drove and took the lead while the fans were cheering him on. After two thirds of the race, Hahn’s truck started to have problems and he eventually quit after a few more laps. For a little while Mariezcurrena was second. But only after one more lap his truck slowed down due to a clutch failure, collided with Reinert and had to be parked right after this as well. Therefore, Albacete, Mäkinen and Vrsecky were able to stand on the podium. Oestreich and Lacko had also started off from the pitlane, because the mechanics did not get done with the reparations on time. Both Renault drivers relatively unspectacularly fought for the 4th and 5th place. Bösiger placed 7th right after Reinert. Rodrigues, Lacheze and Bermejo eventually received the last 3 points. Almost 3 hours after the end of the race, the race commission announced new results. Albacete fell two places behind, because he allegedly passed someone while the yellow flag was being waved. Mäkinen won his first race of the FIA ETRC before Vrsecky and Albacete. Reinert received a 30-second penalty, instead of a drive-through penalty. The German therefore fell back to place number 11 and everyone placed behind him moved up one place. The Spanish race-by-race driver, David Marco Bermejo (MAN) placed 10th and received his first FIA point. In the overall ranking Hahn still has the most points (123) followed by Albacete with 119, Oestreich with 95, Lacko with 65, Bösiger with 50 and Mäkinen with 43 points. MKR – Technology won in the team ranking before Pneu Bösiger – Team 14. These are the only two teams in Jarama. 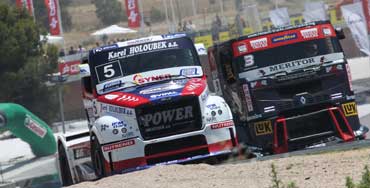 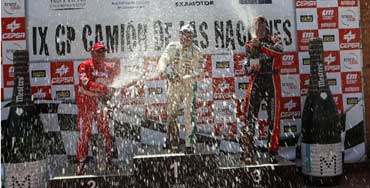 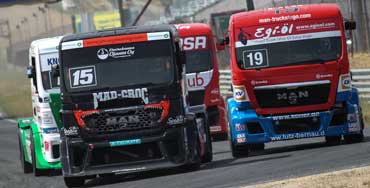 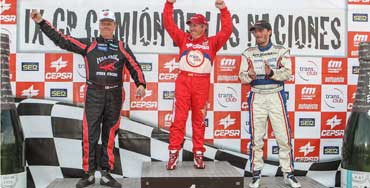