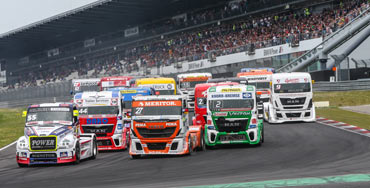 28. June 2015Nürburgring - The sky grew cloudy but the air stayed warm as the 17 racers of the FIA ETRC took the start in front of 114,000 spectators for the final race of the Truck Grand Prix on the Nürburgring. Lacko and Körber were on the front row, with Steffi Halm and Jochen Hahn directly behind them. Hahn and Lacko were both optimistic of victory; Körber and Halm were much more modest in their expectations - all they wanted was to finish on the podium.
But for Hahn and Halm, all visions of victory or a podium finish ended in a cloud of dust in the very first corner. Once again the swarming pack from behind forced the second-row starters wide off the line into the gravel, and it wasn’t just plastic bits that were shattered in the melée. While Hahn was hit for the second race in a row, it was Halm who suffered the more serious collateral damage. The German former champ was able to take off again, but the Number 44 truck of his compatriot had to be towed out of the gravel so that it could slowly limp back to the pits. The young Swabian’s race was over before it had even begun.
A little later Hahn too was forced to pit, his MAN spouting brake-cooling water. This time there was no way the bantam from Altensteig could continue.
Lacko made full capital of the chaos behind him to build up a massive lead, while Körber, Vršecký, Kiss, and Reinert fought an all-or-nothing battle for the two remaining podium places.
Like yesterday, Körber demonstrated once again how valuable a quarter-century of experience can be in keeping oneself ahead of nominally quicker trucks.
To the absolute delight of the fans the Iveco driver held off Vršecký to finish second place 2/10ths ahead of the Czech, who himself took third from Kiss by the skin of his teeth.
Reinert followed closely in fifth. A solitary Albacete trailed home at some remove. Seventh place was fiercely contested by Janiec and Lohr, teammates last year, right till the flag. In the end it was the Frenchman who had his nose ahead.
The two final points places were taken by Lenz and Vojtíšek.
Rehfeld narrowly missed out on his fourth FIA point, leaving his tankpool24 team crestfallen.
But more than two hours after the finish a modified result was announced. Vojtíšek was given an elapsed time penalty, which dropped him to 12th and promoted Rehfeld to 10th.
The winning team clearly was Buggyra (Vršecký / Lacko), followed by OXXO-Lion (Kiss / Janiec) und Team Bernau-Albacete (Albacete / Lohr).
Kiss has stretched his lead in the overall standings. He now has 319 points, and is followed by Lacko (248), Hahn (225), Vršecký (198), Albacete (191), and Reinert (123). 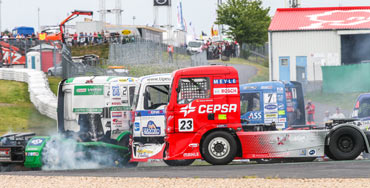 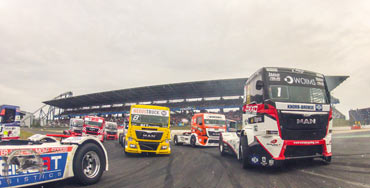 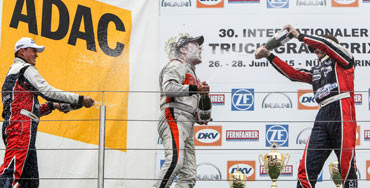