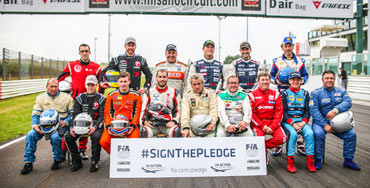 24. May 2015Misano - After the extremely wet first race day of this 3rd round of the FIA European Truck Racing Championship at the Misano World Circuit on Italy’s Adriatic coast, we fervently hoped that the barometer would reflect the forecasted clearing of the skies. But as the paddock started stirring to life at 7 am the rain started to fall again. To everybody’s relief it wasn’t heavy, and it stopped forthwith. And by the time the early-morning warm-up had ended, all residual moisture had been “driven out” of the track.
Hungarian champ Norbert Kiss (MAN) was once again fastest, even if the lap times didn’t really permit any conclusions to be drawn.
But the racers were at it in dead earnest in second qualifying, registering lap times around 10s below the average for the warm-up. Once again Kiss topped with a 2:02.620s almost a full second quicker than MAN colleague Jochen Hahn (GER). But since the track didn’t look like it was going to get any grippier, the top eight returned to the pits after a single flying lap. The rest, fighting for the two remaining SuperPole slots, were two seconds or more down, and there was little cause for concern — for the usual suspects the priority now was to conserve their tyres.
Towards the end of the 20-minute qualifying session it suddenly started to get exciting, as first MAN pilot Sascha Lenz (GER) and then Portuguese José Teodosio (Renault) made the cut with their very final laps out.
Apart from these two, and Kiss and Hahn of course, the two Czech Buggyra pilots Adam Lacko and David Vršecký, the German Gerd Körber (Iveco), and an MAN threesome consisting of Antonio Albacete (ESP), Anthony Janiec (FRA), and René Reinert (GER) made up the top 10.
In the SuperPole it was Kiss again up there with 2:01.610s. But with Hahn just 41 thousandths behind – too close for comfort, – he simply stepped up his pace for a facile 2:01.475s.
Nobody could hold a candle to the Hungarian.
The second row on the grid for Sunday’s first race will have Lacko and Albacete. They were followed by Vršecký, Körber, Reinert, Janiec, Teodosio, and Lenz. 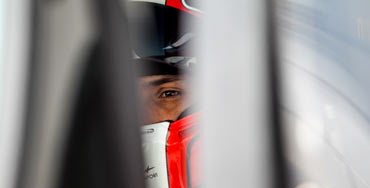 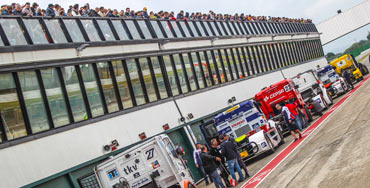