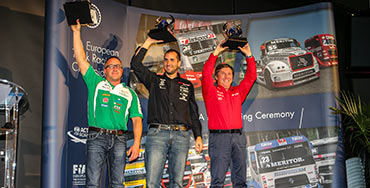 Le Mans This And That

20. October 2014A fantastic crowd of 53,000 enthusiastic fans witnessed a thrilling finale to the FIA European Truck Racing Championship on the Circuit Bugatti in Le Mans. Saturday was high summer, and even the rain on Sunday was agreeable considering what the truck racers have gone through at Le Mans in mid-October in years past.
The tension in the paddock was palpable – it was a rather suspenseful weekend, after all – but there was no question of tempers spilling over. And when Hungarian Norbert Kiss promptly stretched his lead in the championship standings by winning the first race, his MAN colleagues and rivals Jochen Hahn (GER) and Antonio Albacete, the only two who could still hope to dispute the title with him, must have reconciled themselves to the prospect that they weren’t going to be champions anymore. The fact is, the Hungarian was inexorable, and nothing but a gremlin could have stopped him — and nobody wished for that to happen.
It’s been more than seven years since that dramatic finale in Jarama in 2007. Markus Bösiger (then racing for Buggyra) had started the final weekend with a near-unassailable lead of 26 points, but his truck was plagued by mechanical defects and the Swiss pro was declared champion only after several protests and counter-protests — by a single point! More than the dread of reliving that episode, however, it’s the level of mutual respect that sets this sport apart.
The truck racing community is a big family, and things operate differently here than in every other FIA series. The last driver in the field is regarded with as high standing as the leader, and given as much respect. Nowhere was this more in evidence than at the concluding FIA Victory and Awards Ceremony, when everybody, but everybody, was cheered when he or she collected their trophies on the stage. In a short speech the outgoing three-times European champion and this year’s runner-up Jochen Hahn pointed out, to thunderous applause from the 300-plus guests, that if there weren’t any pilots starting from towards the rear of the grid, there would be none to start at the front either — that only two trucks starting on the front row and racing each other do not a series make.
Once again, there was lots of action even off the track. The traditional show on Saturday evening was spectacular. This is Le Mans after all, and the 24-hour race casts a long shadow, giving the impression sometimes that the racing is of secondary importance here.
As the season comes to a close a sense of nostalgia takes over, but is soon enough overcome by a spirit of optimism for the season ahead. The truck racers are used to learning at Le Mans where exactly they will be racing, and when, the following year. But this time there was no pleasant surprise, if at all one could be hoped for. As it stands, the chasmed calendar for 2015 with a nine-week summer break still lists four pairs of rounds on consecutive weekends.
The teams find it beyond comprehension that no alternative has been considered for the end-of-June schedule that slots the Truck Grand Prix on the Nürburgring for the weekend after the race in Nogaro in the south of France. This means they will have to pack up in Nogaro, drive 1,300 km across France to the Eifel, and set up their stuff, not to mention their trucks, at the Ring in all of three days!
Were the TGP a two-day event, this would have been a manageable undertaking. The problem is, truck racing’s equivalent of the Monaco Grand Prix is a four-day extravaganza, and the action starts on the Thursday itself.
The TGP’s traditional slot on the Nürburgring has been grabbed by Bernie Ecclestone, and the truck racers’ preferred alternative, one week after the F1 grand prix, is now being claimed by pro cyclists for their “Rad am Ring” event. 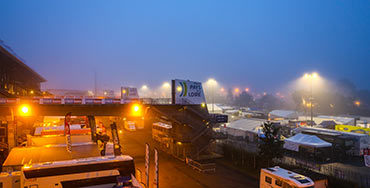 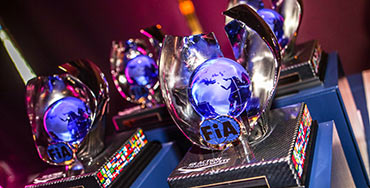 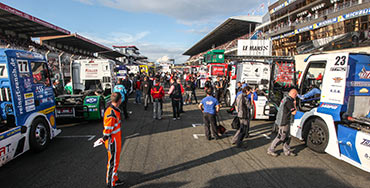