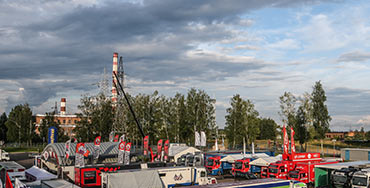 02. August 2013The weather was certainly the most surprising element of the 6th round of the FIA European Truck Racing Championship at the Smolenskring, because the truck racers equate the weekend here in western Russia with heat, more heat, the most intense heat… Especially in 2010, during the first Truck Battle Russia, when devastating forest fires were sweeping across the country, nobody knew how to master the problems the extreme temperatures brought with them. Look at the pictures from that weekend and you’d remember how the teams used the minutes between qualifying and the SuperPole to force-cool the drivers with fresh air and the tyres with water. This year the temperature didn’t once touch 20°C. In the nights, in fact, it was so chill that team members who slept in the cabins of their trucks actually toyed with the idea of switching on their heaters! When the truck racers then heard say that the temperatures back home were what they had actually expected at the Smolenskring, many were glad that they were going to be racing in better conditions here — so long, of course, as it remained dry. And so it did, even when it looked like the skies might open up over the circuit every now and again.
There were 12 race trucks at the start, among them the only drivers without points so far — the Russian Iurii Egorov (Buggyra Freightliner) and the Portuguese Jose Fernandes Teodosio (Renault). Should any of the top 10 (who made up the rest of the field anyway) drop out or fail to finish, either of the two outsiders would have the best chance of opening their accounts in the championship. In the event, Teodosio won two points and Egorov indeed four, more than they’d imagined going into the weekend.
Every single point counts further up front as well, in the fight for the championship — only here, the calculations are of a different dimension altogether. And it still looks like a straightforward duel between the two MAN pilots Jochen Hahn, the defending champ, and the Spaniard Antonio Albacete, Cepsa’s challenger now 17 points ahead of the German Castrol pilot. But one race weekend can turn things around, with a maximum of 60 points up for grabs. Moreover, we have four weekends still to go. Which means that the two MANler Markus Oestreich (GER) and Norbert Kiss (HUN), and the Buggyra Freightliner pilot David Vršecký (CZE), who all lie between 40 and 60 points behind Hahn, need not – not yet – give up their ambition to have a say in how the championship is eventually decided. On Sunday Kiss experienced just how soon things can change, after Czech colleague Adam Lacko’s (MKR Renault) spectacular crash into his MAN left both their trucks with damage that would take weeks to repair, and both drivers without a single point. But their elimination did have its beneficiaries — both Egorov and Teodosio could celebrate their first points.
A look at the statistics shows how important every single point is, and not only race wins. Albacete, who leads the standings, has only a 17-point advantage despite having won seven of the 24 races so far versus only two for Hahn. The winner of the first race of each day gets 20 points and of the second 10, and failure to finish can shake up the standings significantly — it’s that close.
TRO TV’s comprehensive report of the races will air on Sport 1 on Saturday, 3 August, at 6 pm. Before that, however, there’s a 17-second snippet already on our Facebook page, including the spectacular crash between Lacko and Kiss. 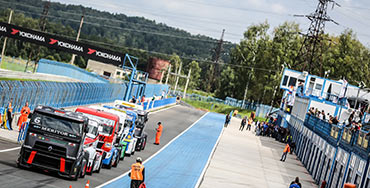 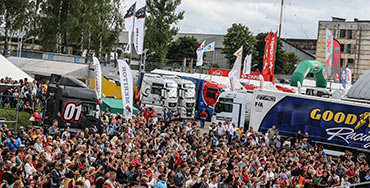 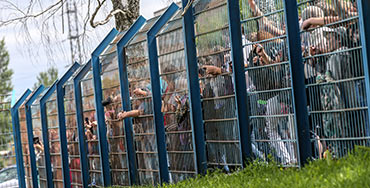