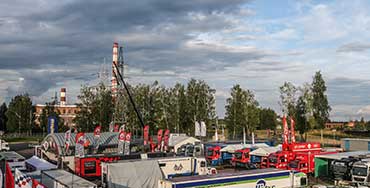 26. July 2013Smolenskring - The journey to the Smolenskring near Verkhnedneprovskiy, a small town distinguished only perhaps by the predominance of prefabs that have gotten on in years, for the sixth round of the FIA European Truckracing Championship, went off far smoother than we’d feared.
For many of the teams going into their fourth Truck Battle Russia this weekend, the trip is now routine. The roads through Poland and Lithuania are in markedly better shape than in previous years, but in Latvia there were interminable stretches under construction, along which the traffic should have been one-way but one was in fact confronted by an oncoming vehicle every now and again. The last few kilometres to the Latvian border town Zilupe were as bad and destructive for vehicles as we can remember. The teams first gathered at the customs checkyard and then set off to cross the border. The crossing was swift and without event — all the trucks were in Russian territory by Wednesday morning, the time the teams had originally planned to start crossing. Having already completed their formalities the night before, the MAN service team and the Meritor truck took off in the morning and were at the Smolenskring barely six hours later. The rest of the trucks arrived at the paddock in convoy in the early evening, and they’ve had more than enough time to set up their tents before the action kicks off on Friday. The weather so far has been changeable, frequently cloudy skies and the occasional heavy shower alternating with bright sunshine. It’s expected to continue this way throughout the weekend. As far as the weather goes, the truck racers, their teams and the journalists will have to be prepared for every eventuality. 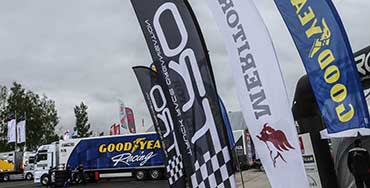 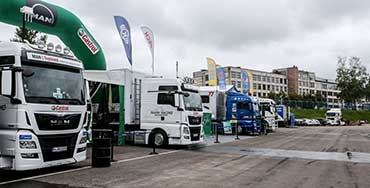 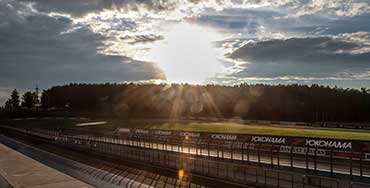