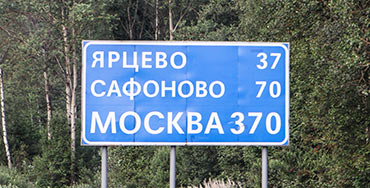 21. July 2013When it was first announced in 2010 that the FIA European Truck Racing Championship would go to Russia, everyone expected the trip to the Smolenskring to be a big adventure. You can still get a small feel for the excitement then by reading our detailed report ‘Truck Battle Russia – Smolensk 2010 – Die Reise’ (http://www.truckracing.de/truckrace/de/truckracing/artikel7/index.html). (In German only.) Travelling to Smolensk is no longer a journey into the unknown, but it’s still an adventure compared to journeying to the other circuits on the ETRC calendar. Three years ago the teams first met in Germany (the Czech teams likewise in the Czech Republic) before they set off in three separate convoys for Zilupe in Latvia, a town on the Russian border where they were to rendezvous on Tuesday evening. It took 13 hours in all till the last of the 30-odd trucks and motorhomes were cleared through customs. In the two years thereafter, the border procedures had either improved or gotten more cumbersome, depending on whom you asked. (The answer you got, of course, was dependent on how well the respondent was able to come to terms with the Russian customs officials!)
This year the teams have planned to meet directly at Zilupe in the early hours of Wednesday, so there will be no large convoys through Poland, Lithuania, and Latvia. One may either reach the rendezvous in smaller groups or drive there alone. On Sunday evening, as we write this, the vehicles still have some way to go till the Polish border. The journey through Poland has absolutely nothing in common with the one we undertook in 2010. At that time we had to struggle past dusty construction sites, over wretched country roads, and through narrow village lanes; today you cruise almost entirely over Autobahns, which were still in building then for football’s European Championship last year. So it’s no wonder that the TRO truck and the Meritor motorhome with marketing chief Malte Raddatz are already in Augustów, close to the Latvian border. From here it’s less than 530 km to Zilupe.
The weather there is as pleasant as it is in the rest of Central Europe. But if you’ve seen pictures of the tragic events at the Superbike race on the Moscow Raceway, you’d know that it has been raining heavily further to the east. The rains should have subsided by the weekend, though, when the truck racers are ready to go. 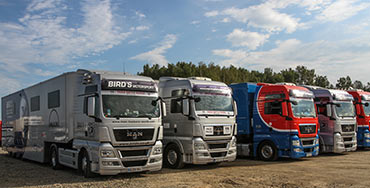 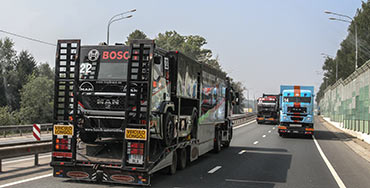 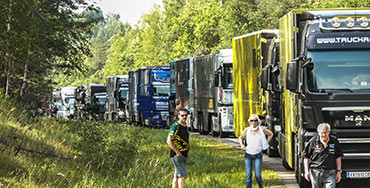 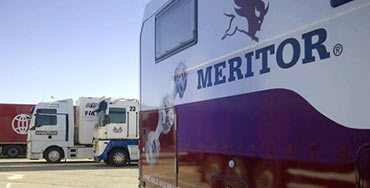 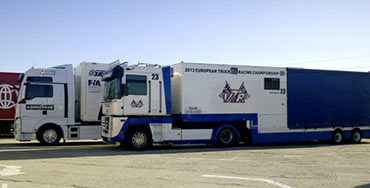